In January 2019, Finland was the partner country in the world's largest food fair in Berlin with the theme 'Aus der Wildnis' or 'Greetings from the Wild'. Total investment of almost three million euro in the fair including its events for professionals and trade promotions, has helped dozens of Finnish businesses to gain entry to the food distribution channels in Germany. Principal partnership in the fair combined with numerous media events produced more than 3,000 reports in German media, furthering German consumers' interest in Finland as a culinary country and tourist destination. The main responsibility for the Finnish hall and partner country project was borne by the Central Union of Agricultural Producers and Forest Owners MTK.

According to the Business Finland export programme Food from Finland, around ten businesses that took part in the fair, along with several dozen other companies, have gained entry to the distribution channel in Germany after the fair or are currently involved in negotiations.

"The companies involved produce e.g. grain products, alcoholic beverages, berry- and other products from nature, and processed meat and dairy products. The media and exhibition exposure has engendered a totally new kind of interest in Finnish companies," says Lili Lehtovuori from Business Finland, responsible for the German market area at Food from Finland.

The partner country project led to the publication of more than 3,000 news stories in German media on Finland as partner country, Finnish food, travel destinations, and the companies taking part in the trade fair. A report commissioned by the German PR and communications agency Genius estimates the advertising value of the exposure to equal EUR 7.5 million. The estimate includes the exposure in printed media, TV and radio, but not online news and social media views. The media monitoring service M-Brain reports that the Finnish media published 355 stories about the event. The figure excludes radio, TV and social media exposure and advertising for the trade fair.

The Finnish exhibition hall and principal partnership helped to create a positive image of Finland and Finnish food for German consumers. The majority of the total of 400,000 fair visitors dropped by the Finnish hall, and Visit Finland gave away 30,000 tourism brochures about Finland at the fair.

"Of the respondents to the survey run in the Finnish hall, 81 per cent rated it very good or good. 70 per cent of the respondents said that the hall and exposure had awakened their interest in Finnish food and beverage products. Only 9 per cent of them had previous experience of Finnish foods," says MTK's Communications Director Klaus Hartikainen, who headed Finland's partnership country project.

A good half of the respondents said that they had become interested in Finland as a tourist destination. The figures are based on a survey carried out by the B.Sc. Hospitality Management students from the JAMK University of Applied Sciences, with 120 randomly selected fair visitors as subjects.

The high exposure at the fair also helped to realise Finland's objective of meeting political decision-makers and influencers from the food sector at the event. The Minister of Agriculture and Forestry, Jari Leppä, had six official ministerial meetings at the fair, two meetings with commissioners, and a number of unofficial meetings. In conjunction with Green Week, MTK organised a seminar on European Union agricultural policy jointly with the German producer union Deutsche Bauernverband. The event was attended by the German Minister of Agriculture Julia Klöckner, as well as Minister Leppä.

More than 80 Finnish businesses introduced themselves and showcased their products in the Finnish Hall at Green Week. MTK implemented the project in collaboration with the Ministry of Agriculture and Forestry and Svenska lantbruksproducenternas centralförbund (SLC) representing Finland-Swedish farmers. In addition to the Food from Finland programme of Business Finland and Visit Finland, which handled the promotion of tourism, the project was supported by regional food and tourism projects, MTK-Varsinais-Suomi and a number of business partners. The Embassy of Finland in Germany also lent its valuable support to public relations and the programme. The project budget totalled EUR 3 million, of which MTK's share was about EUR 2 million.

The Green Week event was visited by about 400,000 people over the ten days of the fair. As well as at the fair, Finnish arctic food and drink were also showcased to the Germans at a separate event for corporate buyers organised by Business Finland, as well as in campaigns run by German retail chains.

Further information on the project
www.ausderwildnis.fi 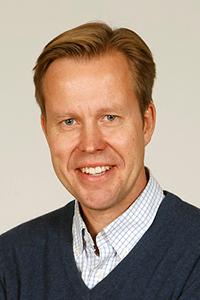